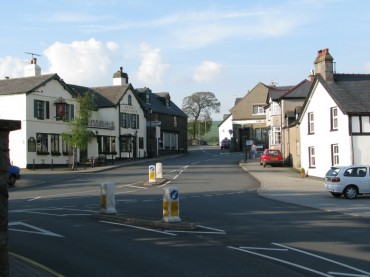 In August 2012, the Uwchaled Community Partnership Library Strategic Group commissioned consultancy.coop to produce a feasibility study to assess whether a proposed partnership library model could be transformed into a financially viable service for the community of Cerrigydrudion in South Conwy, North Wales. This was set against the back ground that Conwy Library services could no longer sustain its current service and was looking to close some of its libraries.

A full site appraisal including the physical condition and nature of the building has been conducted by consultancy.coop, with the results as follows:

Around the UK many communities are now beginning to consider community ownership as a business model for their future library service. We examined a number of initiatives in Herefordshire Gloucestershire, Dorset and Buckinghamshire. Many based their income generation around the provision of a coffee  shop and small gift retail outlet.

Detailed costings were collected from local builders and suppliers to develop an extension to the rear of the building and also to upgrade the existing building with better insulation and a new heating system.

A Business Plan was developed that would generate a modest income for the library, but it would be an income that would allow it to become sustainable.

The final report and business plan were presented to the Steering Group members in October 2012.